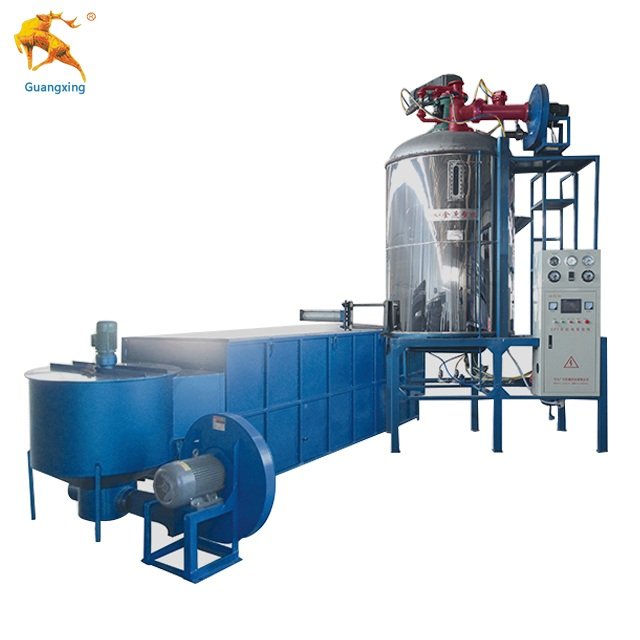 Intermittent Batch Pre-expander foaming machine appeared in foreign countries very early, its original automatic foam plate equipment is the use of high-speed rotating impeller foam principle, it is also known as “foaming machine.”Later, with the continuous progress of science and technology, the technical content of the intermittent pre-foaming machine is also constantly increasing the pre-foaming machine, new models continue to appear, forming a variety of different technical systems.

As early as in the 1950s has begun to use the EPS Batch Pre expander Machine, but not the special batch pre-foaming machine, but the use of mortar mixer to improve.The foaming agent is directly added to the mortar mixer or semi-automatic foam molding machine concrete mixer, so that the foaming agent and mortar or concrete together for mixing to generate foam.Until the 1970s, began to appear special foaming machine, that is, high-speed impeller intermittent type EPS Pre expander machine. After the continuous technical upgrading and upgrading, now there is a high pressure inflation as the main body of the third generation of intermittent Pre expander machine models, basic to meet the needs of foam concrete.

There are many brands and models of intermittent EPS Pre expander machine, but from the basic foaming principle to divide, currently widely used only high pressure air type, high speed impeller type, drum wind low pressure type. But the intermittent pre-foaming machine of the same type of differences, only its subsidiary equipment and automatic control equipment differences, the structure of the foaming part is basically the same.